Microsoft might lack a mobile OS of its own, but that doesn’t mean the company is ignoring smartphones and tablets. The software maker is behind several popular mobile apps for iPhone and Android, and even sells select Android handsets in its stores. In the future, Windows 10 users will also be able to enjoy Android apps on their laptops and desktops, as Microsoft has started testing the Your Phone feature it first teased a few months ago. 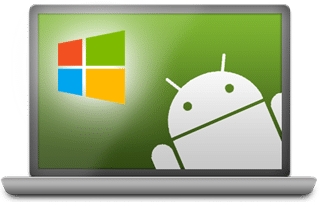 According to The Verge, Microsoft’s update for the Your Phone Windows 10 app includes support for mirroring Android phones on a PC. The feature will be available to Windows Insiders this week, assuming your devices qualify for it. You’ll need to run the latest Windows 10 beta version on your laptop or desktop, and you’ll of course have to install the Your Phone app. You’ll need a computer that can support Bluetooth Low Energy, which will be mandatory for future PC models. Without it, you won’t be able to connect your Android device to the Windows 10 machine. Finally, you’ll need a compatible Android device to start testing the feature, and the list only includes select Samsung flagship phones: Galaxy S8, S8 Plus, S9, and S9 Plus. The Galaxy S10 series can’t be used for the time being, although Microsoft plans on expanding the list of supported devices in the future.

How To Run Android Apps In Windows

Once everything’s enabled and hooked up, you’ll be able to mirror your Android device on the Windows 10 PC and use apps from the phone directly on the PC. It’s unclear when the Your Phone app will get the Android mirroring feature on a stable Windows 10 release, so the only way of taking advantage of it right now is to register for the Insider beta program.

WindowsAndroid is an Android emulator for Windows that allows you to run a virtual machine with the Android operating system, from which you can perform any activity that you normally would on a smartphone running this operating system.
Using the program is very simple, which is rare for these types of applications. You just need to install the executable and, without needing to configure it, you can start using WindowsAndroid. The mouse does what your fingers normally would, so that, for example, to unlock the device you just need to click and drag the lock to the right side of the screen.
Once inside the 'virtual phone' interface, you can access all of the normal options of an Android device and configure some of its features, for example the time and date of the 'terminal'.
This makes it possible for you to search for any application (including games, like Temple Run or Angry Birds) in the Google Play store and install them as you would on a normal smartphone. And you won't have any memory problems to deal with, since the computer will have as much space available as it normally would.
WindowsAndroid is one of the best tools out there to emulate the Android operating system. It doesn't just work well and allow you to download any application, but also gives you the ability to do it quickly and easily. No complicated configurations or BIOS installation necessary. Just double click on the executable file, and you're in.