Video editing is one of the heaviest tasks that a device can perform. On computers, it requires decent specs, tons of RAM, tons of storage, and some know-how on how to make it work. Phones do not have the specs or power to replicate experiences like Final Cut Pro or Adobe Premiere Pro. However, some apps can do the basic stuff pretty well. It’s even good enough for some pro vlogging with some patience. Here are the best video editor apps on Android, at least until Premiere Rush CC makes it to Android. You can also click here to see the best video editors on most platforms!

Here are some more related app lists you might enjoy! 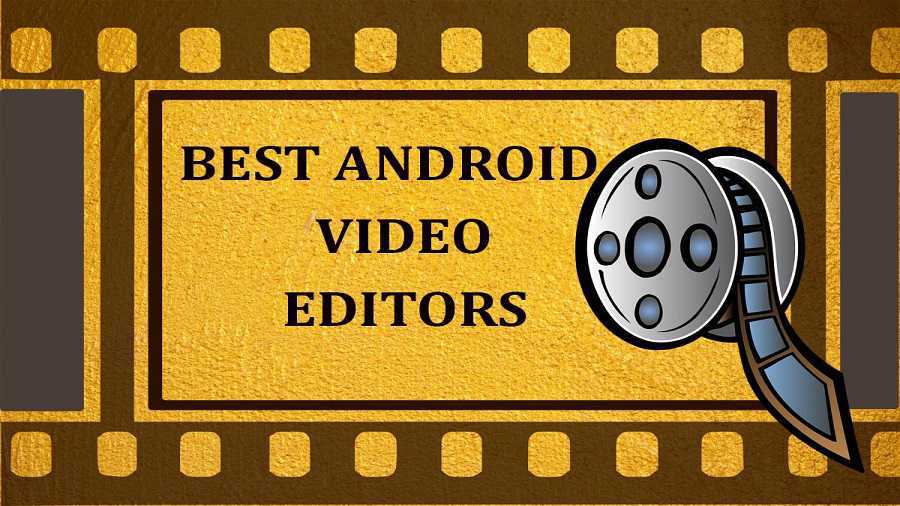 ActionDirector is one of the most popular video editing apps on PC. It’s also available on Android. It does the basics. You can import clips, edit them, and render the video. You can do things like add your own music, trim and cut video, add text, employ slow motion, and more. It’s one of the few video editor apps that also supports 4K video. You’ll have to check and see if your device supports it, though. The developers have a nifty tool linked in the Google Play Store to see if yours can. It also gets frequent updates.

Adobe Premiere Rush is one of two above average Adobe video editor apps. The other is Adobe Premiere Clip which is closer to a standard mobile video editor. Anyway, Adobe Premiere Rush is one of the newer video editor apps on the list and it’s quite good. It comes with a lot of the must have features, including multi-track timelines, cloud syncing, and some advanced editing tools. The app still needs some UI work and some bug fixes, but it has a ton of potential. Plus, it’s included in the Adobe Creative Cloud subscription so it’s worth a shot if you use that service already.

FilmoraGo is a video editor app by Wondershare. It’s easily one of the best video editor apps. This video editor packs a whallop. You can do the basics like trim and cut, render, and that kind of stuff. It also includes the ability to play in reverse, do square videos (1:1) for Instagram, and 16:9 videos for YouTube specifically. It also has support for things like slow motion, transitions, music, overlays, and more. It’s not half bad for what you get. There are in-app purchases that add to the power. However, most of the features are, in fact, free.

Funimate is one of the surprisingly popular, but not overly powerful video editor apps. It bills itself as being a great app for making music videos or simple videos out of the stuff you already have on your device. There are 15 video filters that you can play with and the creation process is fairly painless. This isn’t something you’d want to use on a serious video. It has things like video effects. However, it’s better for short little social media posts rather than actual video production. You can download it for free to try it out yourself.

InShot is a super simple video editor with a heavy focus on things like filters, video trimming, and shorter videos. It has a reasonably simple timeline editor with multiple video and audio channels. You also get basic tools like cropping, a selection of music, and various other small things like fading in and out. Its tool set, sticker packs, speed controls, and other features make it great for things like YouTube, TikTok, and similar platforms. We also quite like how it has a single price tag alongside its subscription in case you want to go that route.

KineMaster is one of the most powerful video editor apps available. You can do the basics like most of these other video editors can. However, this one includes multiple video, image and effect layers. Additionally, there are audio filters, chroma key (for your green screen fans out there), various video effects, transitions, and more. It’s not as powerful as a full desktop editor. However, this gets much closer than most other competitors. We would recommend this for actual video production (at least for stuff like YouTube). You can use it for free in trial mode for a while. However, you’ll need the $4.99 per month subscription to get everything forever.

Movie Maker Filmmaker among the best free video editor apps currently available. You’ll be able to trim, crop, and reorder video content as well as set focal points. The app also boasts a variety of video effects and you can design your own custom filters, although that functionality isn’t amazingly powerful. It also has the rest of the basics, like music. The app has struggled with some bug issues since it’s major redesign, but it’s still one of the better video editing apps out there. It’s also completely free with ads.

PowerDirector is one of the most comprehensive video editor apps on this list. It comes with a ton of features, including quick editing tools, various effects and other tools, and it even comes with things like a collage maker and slow motion support. The interface is relatively easy to work with and it utilizes the classic timeline editor method. It should be more familiar for those who video edit often. It’s free to download and use, but you’ll need to fork out some extra money to get all the features. This is a for real video editor, especially for larger screens like Chromebooks or tablets.

Quik is from a newer generation of video editor apps. It’s halfway decent if you need something simple. The way it works is you add up to 50 photos and video clips into the app. The app then analyzes them and spits out a short video from them. Quik contains about two dozen video styles and you can re-order and customize your video before you export it. It’s not nearly as powerful as something like Adobe Premiere Clip or PowerDirector, but not everyone needs something that intense. It’s free to download with no in-app purchases.

VivaVideo is one of the exceptionally popular video editing apps. In practice, though, it’s a very middle-of-the-road video editor. It works especially well for short clips for social media. The app uses a storyboard style of editing where you load clips, edit and trim them as needed, and then move on to the next segment. It includes over 200 video filters and various other effects, text input, and fast and slow motion support. VivaVideo has a free version that comes with a watermark and a time limit for any given video. You can remove these restrictions by buying the pro version.

Thank you for reading! Allow us to shameless promote a couple more app lists!

If we missed any of the best video editor apps for Android, tell us about them in the comments! You can also click here to check out our latest Android app and game lists!