What if you need an Android platform but do not want to invest in a mobile device? The chances are you have to have an Android device to access the world-famous Google’s operating system, isn’t it? Well, not really! If it sounds intriguing to you, then read this post. Here, we will talk about Bluestacks, how you can download Bluestacks, and pretty much everything about this popular Android emulator.

The good news is that the mentioned questions can be answered with a single program that has been around since 2011. It is where you can taste the goodness of Android on a PC desktop. Let me give you good news with a question; have you ever heard of Bluestacks?

BlueStacks App Player is compatible with all kinds of apps, including the latest games, even high-performance ones as BlueStacks uses 2GB of RAM. Overall, BlueStacks App Player is a fantastic tool that can run almost any Android app, creating an entire world of possibilities for any PC user. BlueStacks Player emulates Android apps and games on PC (Windows 10/8/7/XP) and Mac. Free download latest version of BlueStacks 4. Download.DMG File Advertisement: BlueStacks Features Powered by Android Nougat. Catalogs over 1.5 million games and 500,000+ flash games. High quality display with its patented Hyper-G graphics APIs. Stream directly on Twitch.

Well, what started as a portal to play high memory-consuming mobile games through a powerful desktop, is now a full-functioning app player. The entire ecosystem of Android in the form of a desktop program, designed uniquely for your windows and Mac devices.

This is due to the thriving app world which is expanding on an everyday basis for smartphone users. It’s not a secret that the most widely used mobile platform is Android which is Google’s operating system. There are other competing platforms; iOS and Windows to name a few. But as far as the universal compatibility is concerned, nothing beats Android. It’s currently the most compatible platform in the world.

Well, the fact that the most of the apps developed for the Android operating system are free to download is another contributory factor for its popularity.

There are various categories for these applications such as games, education, social, etc. Each of these apps can be downloaded on Android’s platform.

The quest to use these popular Android apps on a larger screen has resulted in this app player; Bluestacks. It was for solving this issue, ‘Bluestacks’ which is an American technology came up with this program. It came out as a unique platform that pushed the boundaries of the mobile ecosystem to desktops. BlueStacks App Player is also known as an Android Emulator for its ability to play all the Android apps on Windows and Mac devices. Bluestacks stimulates all the features of an Android device such as receiving text messages, access to the Google Play Store, developer Android mode, etc. 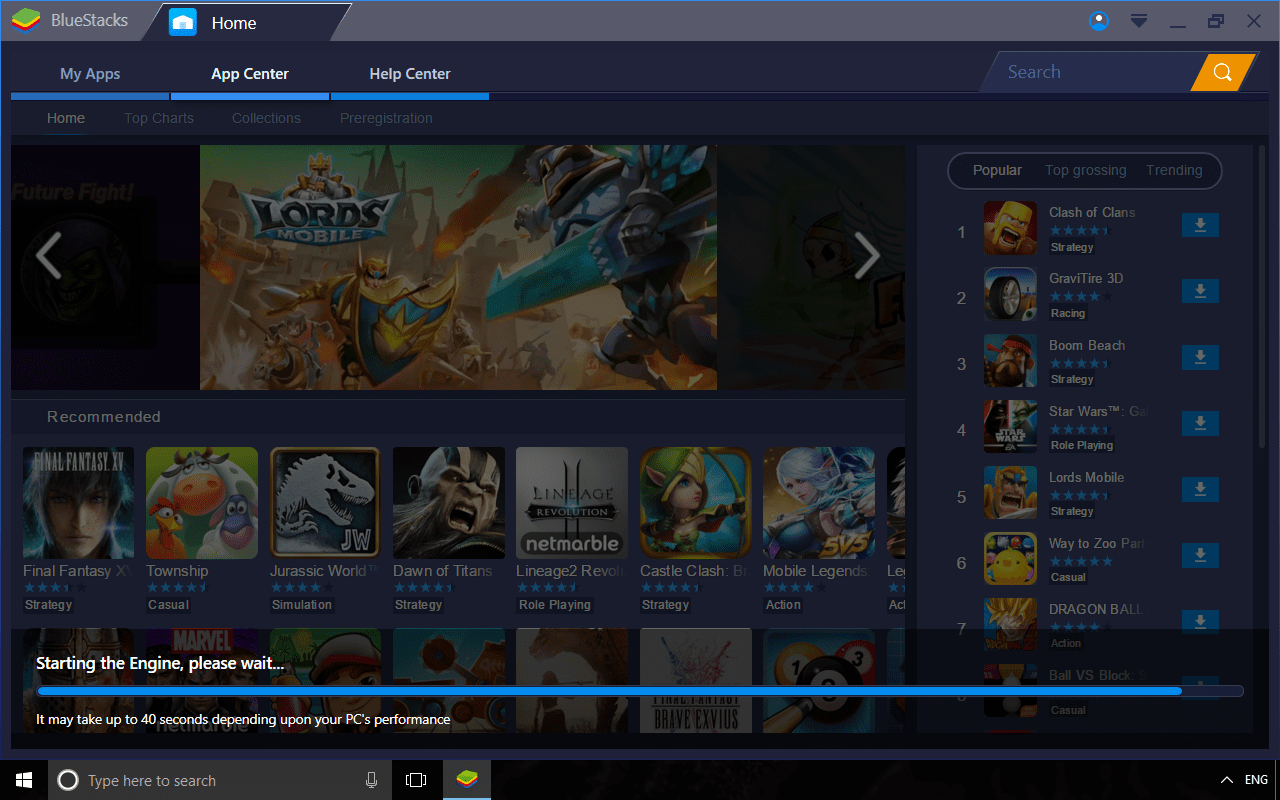 Bluestacks has features that not many Android emulators can provide to its users. Also, it has a great helping community. People who seek any help can definitely find the answers to their problems in the forums. The developers of Bluestack are constantly trying to update the App Player according to the ever-changing needs of the people. Thus, they keep rolling out with the updates every now and then to make some minor changes or to remove the bugs from the previous update.

If you have any queries regarding Bluestacks Android Emulator then, please feel free to ask them in the comments section below. Happy BlueStacking!

In this era of mobile technology, there is hardly any person who has never used any mobile device. Among Android, iOS and other mobile devices, which makes the remarkable position among them are Android devices. When more and more people are using Smartphones as the best affordable solution to meet their needs, Android OS has become most popular around the world because of its amazing functionalities and features to the users.

Whether you want to play games, want to communicate with others, want to learn something, want to prepare documents, want to manage your data or anything related to the technical world, Android users can easily access all such apps on their devices.

No doubt, many of these apps are available for free, but some are paid. It means to access these apps, you need to pay some amount or you can go for their paid versions, once you are fully satisfied with their free trials.

But, do you know that you can use these Android apps on your Windows PC and Mac OS?

These apps are exclusively developed to use on Android devices, so you cannot use them directly on your system. But, it doesn’t mean having to follow some complex or paid procedure to get these apps on PC. We have one free solution with the help of which you can perform this task easily and stress-free.

Using this solution, you can also play mobile-based online games on your PC/Mac and can gain excellent gaming experience on the big screen than your mobile phones.

Yes, it is possible. Only you require is the Android emulator.

Now, you may be thinking of how this android emulator can help you to install and run Android apps on your system.

Android emulator is actually third-party software that works great in emulating the Android environment on Windows OS and enables you to get all its apps on Windows PC and Mac systems.

Some of the popular Android emulators are BlueStacks, Nox App Player, Genymotion, MEmu, Andyroid, and many others.

Here, in this guide, we are going to get all the essential information about one of the most popular and trusted emulators – BlueStacks. 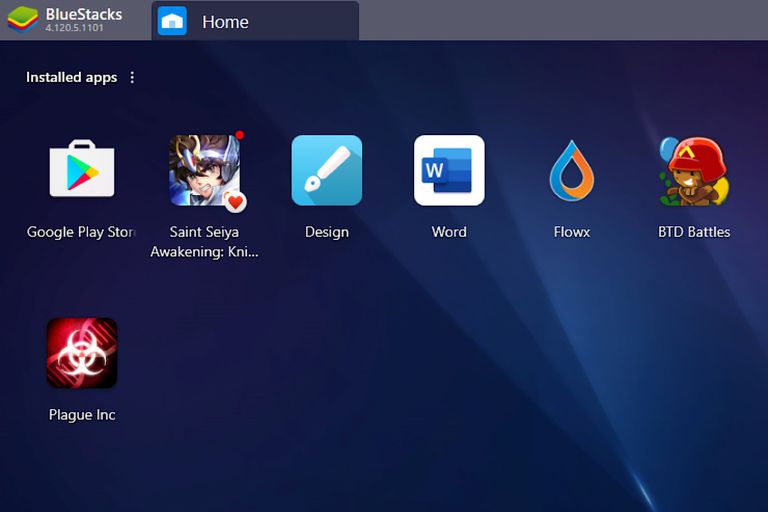 You know what? Millions of people around the world have used this emulator for different purposes, where the main reason involves their gaming needs. Yes, no matter what game you want to play on your PC, with the help of BlueStacks, you can get your desired game on your PC/Mac and that too with better performance and quality.

If you are an action game lover, you must use BlueStacks to install Clash Royale, State of Survival, Crystal Borne, Raid Shadow Legends, Clash of Clans or any Android game on your desktop.

Before moving to the installation steps of BlueStacks, it would be good to be more familiar with this emulator through its wonderful features.

Features of BlueStacks – How it Stands Out?

Let’s have a look at some of the amazing features of BlueStacks that makes it stand out from other android emulators out there in the market.

Let’s learn how to get BlueStacks on your PC and Mac.

Steps to Install BlueStacks on PC/Mac

Installing BlueStacks on Windows and Mac does not hold any kind of long or complex process, nor, you have to take the help of any paid tool. The whole process is quite simple and straightforward.

All you have to do is just use these steps and get this top-rated emulator on your computer/laptop. 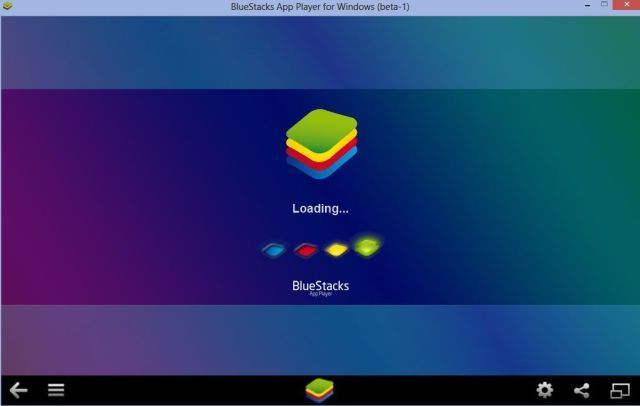 Now, once BlueStacks is installed on your PC, you can use it to install any Android app or game without any hassle.

Let’s learn how to get the Android app on BlueStacks so that you can use it effortlessly on your PC.

How to Install the Android app on PC using BlueStacks?

Now, it’s time to install and run Android apps on your PC with the help of BlueStacks.

As you have already learned the steps of getting BlueStacks on your system, now learn to get an app/game using BlueStacks.

It can be done in two ways. One is using the APK file of that particular app and another one is using Google Play Store.

In order to make you understand it in a better way, here we are going to install ‘Clash Royale’ with both these methods.

BlueStacks – Is it safe to use?

No matter which Android app you want to install on your system, BlueStacks makes the entire process easier and smoother by letting you use any kind of Android app effectively on your PC.

Even though it is the most popular android emulator around the world, many users are still confused about their system’s privacy and security when it comes to getting third-party software on it.

It has been reported that this emulator is completely safe to use and you can blindly rely on it to meet your gaming needs on your PC.

More to this, the latest version of BlueStacks has overcome all downsides or errors which had been reported by some of its users. Some had complained of it as an insecure emulator and also reported some kind of warning message indicating it as an emulator with some viruses.

Moreover, this emulator does not contain any kind of malware. But still, if you are not satisfied with the answer, you are advised to go for its premium version instead of its free version.

The above information about BlueStacks will surely encourage you to install this emulator on your PC/Mac and enjoy your desired apps on it.

Here are some of the alternatives to BlueStacks, which you can try to have a somewhat similar or better experience than BlueStacks.

No matter which emulator you will choose to get Android apps on your PC, each one of them will work great and will never disappoint you in terms of their performance.

It is really good that you have decided to go with BlueStacks on your PC. But, have you checked whether your system is capable enough to install and use BlueStacks without getting any issue?

For this, you must check these minimum system requirements and determine if your system meets these requirements or not.

Note:
The system with better PC specifications than these minimum requirements always performs better and incomparable.

If you are wondering how to get your favorite mobile-based game on your PC/Mac, this guide will help you to answer all of your queries with a 100% satisfied solution.

Simply, get BlueStacks on your system and gain fantastic gaming experience on the larger screen than your Android device, and that too with superior performance and speed.

What are you thinking?

Use this guide to install BlueStacks and start playing your favorite game on your computer/laptop and have more fun with your friends.