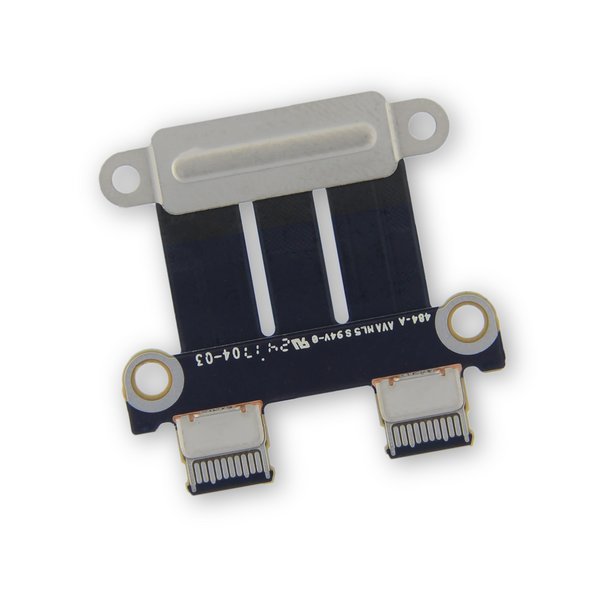 However, if you're looking to save a couple hundred dollars, the integrated graphics version of the 2014 15-inch MacBook Pro with Retina Display (Starting at $1,999, MSRP $2,499 as reviewed) is appealing. After all, Intel's Iris Pro chip is no slouch. But how does it stand up to the top of the line MacBook?

Under the hood, this MacBook Pro is a little trim compared to its beefier bigger brother, but it's still extremely impressive. An Intel Core i7 chip with integrated Iris Pro graphics is about as good as it gets, before we even consider the 16 gigabytes of RAM (and up to 1 terabyte of SSD) backing the whole thing up. It may lack a dedicated graphics card, but you've still got a serious machine.

It'll easily fit in any number of small laptop bags.

From the first time you take the computer out of the box, to the last time you shut it down, everything about the MacBook Pro screams clean, minimal design. Apple was able to cram a 15-inch display, and its top-of-the-line hardware into a package only 0.71-inches thick. It'll easily fit in any number of small laptop bags and won't ever weigh you down.

For starters, the keyboard remains one of the industry's best. With backlit keys, satisfying key travel, and the most responsive, reliable trackpad around, this is still a very enjoyable laptop to use. There's also a general sturdiness about the entire board, with very little flex despite how thin and light the MacBook Pro is. Gamers may not like how flat the keys are, but for everyone else this is an ideal machine for working on the go.

Refreshingly, the MacBook Pro features two small speakers that sit beside the keyboard, facing the user. That's a nice change from most laptops, which blast their sound towards whatever surface they rest on. And though these are hardly pro-grade speakers, they're good enough to get the job done when necessary.

On the sides of the MacBook are no small number of available ports. Two Thunderbolt 2 ports, two USB 3.0 ports, a full HDMI port, a headphone jack, and a MagSafe power plug make for a capable collection of peripheral connections. Should you want to extend your desktop onto another monitor, you can use the full HDMI port on the right side. When outputting via HDMI you can push pixels to an HD display at 60Hz or even to a UHD/4K display at 30Hz/24Hz, respectively. For photographers, a full-sized SDXC slot will enable easy access to your images without having to carry an extra card reader around.

Even without a graphics card, it hangs with the best

When we first gave this version of the MacBook Pro a spin in our labs, we weren't prepared for the results. Despite not having a discrete graphics card, this computer crushed most of our benchmark scores. Over and over again, the MacBook posted impressive result after impressive result—except for minimum framerate in our most punishing test. Though no computer handles Metro: 2033 very well just yet, the Iris Pro graphics chip couldn't keep up the pace with a minimum rate of 2 frames per second.

Beyond that, though, the MacBook Pro is a stunning machine. A solid-state drive ensures blisteringly fast read/write speeds, and Intel's Core i7 quad-core processor handles huge workloads extremely well. Short of intentionally burning out your GPU, there's very little you can do to make this computer stutter.

But what about the screen? It says right in the product name, 'Retina display,' but what does that mean? Well, that 15-inch display packs in 2,880x1,800 pixels, leaving it with a pixel density of 210 pixels per inch. Considering that you're going to be viewing the screen at a short distance—and not with your eyeballs against the screen—your retina will not be able to resolve individual dots or jagged lines on the screen. Basically, this means that your eyes won't be able to tell you that you're looking at a computer screen.

Turning on any computer for the first time usually means updating software, but for the most part OS X Mavericks makes a clean first impression: No Norton, no McAfee, none of that garbage. No unoptimized programs from 'valued software partners' that slow your computer down by running in the background. Most computers purchased directly from manufacturers come this way, and it's a particular strength of Apple products.

But that doesn't mean that Apple has forgotten that most users want right out of the box. After all, the MacBook Pro with Retina Display is already an expensive computer. What else are you buying for that enormous price tag? Software. Lots and lots of Apple-developed software.

There's a ton of things like GarageBand and iTunes that let you create, export, and listen to music. There's also FaceTime, which allows you to video chat with other Apple users, as well as a basic web browser in Safari. Preview, Maps, TextEdit. Basically, there's a program or utility for most of the basic uses for a computer, especially when it concerns content creation.

Because the list of included software is so fastidiously curated, the level of micromanaging you might be used to on a cheaper PC is completely unnecessary. While the possibility exists that software you install later on down the line will muck things up a bit, when you first turn your computer on you won't have to deal with uninstalling gigabytes of useless programs.

$2,500 for integrated graphics? Worth every penny.

It's not every day that we happen upon a $2,500 computer—without a true graphics card—that is an excellent value. But here it is: The MacBook Pro with Retina Display. Despite the lack of a discrete graphics card, the Iris Pro graphics are just that good. Hardcore gamers and those who work with high-end multi-threaded applications to render things like 3D models and 4K video will want to opt for the next model up. But for everyone else—even those who do heavy image editing in programs like Photoshop and Lightroom—will be more than happy with what this (almost) top-end MacBook Pro brings to the table.

With an absolutely crushing margin, the 2014 MacBook Pro lineup outperforms just about every other computer we've tested. The only laptops that are close are the Asus UX301LA—which lacks even Iris Pro graphics—and the 15-inch Macbook Pro that has Iris Pro and the Nvidia GT 750M. While the Nvidia version is nice, it's also more expensive, generates more heat, and has worse battery life, resulting in a lower overall rating.

In addition to posting some remarkable scores in our benchmarks, this is one of the most user-friendly computers on the market. Not only does it come pre-installed with Apple's latest operating system, but it also has Apple's meticulous attention to detail. It has a superb keyboard, it's relatively lightweight, and it has a gorgeous screen. It's simply a pleasure to use.

This is still one of the best laptops money can buy.

If you're still skeptical about a $2,500 laptop without a dedicated graphics card, we hear you. We had the same trepidation. But every test that we can run shows that this is a laptop that can easily handle any high-end creative applications with ease. For just about anyone besides hardcore gamers, the 2014 MacBook Pro with Retina display is still one of the best laptops money can buy. A seasoned writer and professional photographer, Chris reviews cameras, headphones, smartphones, laptops, and lenses. Educated in Political Science and Linguistics, Chris can often be found building a robot army, snowboarding, or getting ink.

We use standardized and scientific testing methods to scrutinize every product and provide you with objectively accurate results. If you’ve found different results in your own research, email us and we’ll compare notes. If it looks substantial, we’ll gladly re-test a product to try and reproduce these results. After all, peer reviews are a critical part of any scientific process.

Shoot us an email